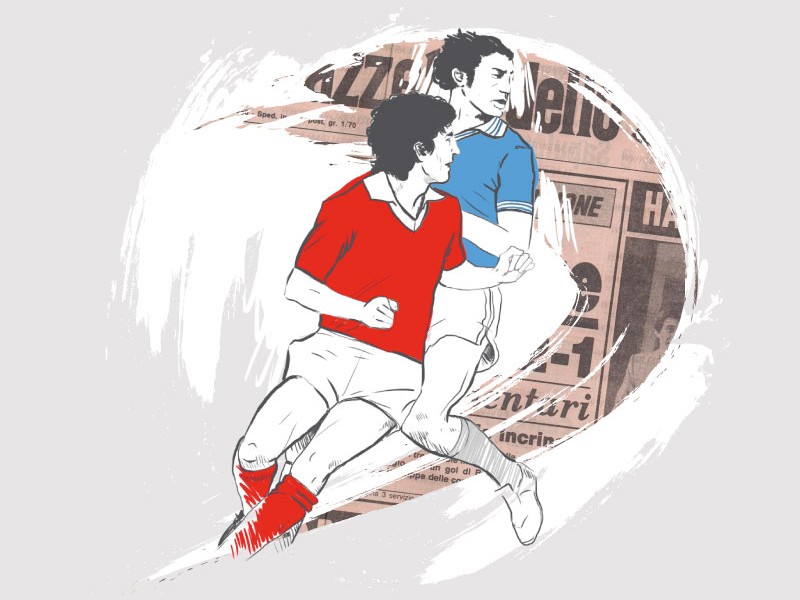 Something about the Polo shirt

It was the 6th January 1911 when the Italian football national team wore the azure shirt for the first time. A shirt with a polo collar, white shorts and black socks. The colors were meant to be a tribute to the royal banner of Savoia house. The polo was made with an opened collar different from the standard ones with 2 or 3 bottoms and with the italian emblem on the chest. In a first moment was chosen as fabric the “maglina” (Jersey), after changed with a cotton piquè. During the fascist period the polo collar was repleced by a simple V-neck that was the distinctive clothing of  the “Azzurri” during the two victories at the world cup of 1934 and 1938. In 1979 the polo collar was reintroduced, with the color of the italian flag on it and on the sleeve edge, this became the official uniform untill the 1990 world cup.

The name polo has it’s origin from the game: the player use to wear a jersey with a buttoned collar, but it was with long sleeves compared with the football version. Since the 50s the word “polo” is largely used for all the shirts used on the tennis field. And after this uniform was taken also for golf. Nowadays football is still a clear example of mutual influence between sport and fashion.

This is visible also in the tennis uniform that untill the XIX century was made of trouser, jacket and tie.