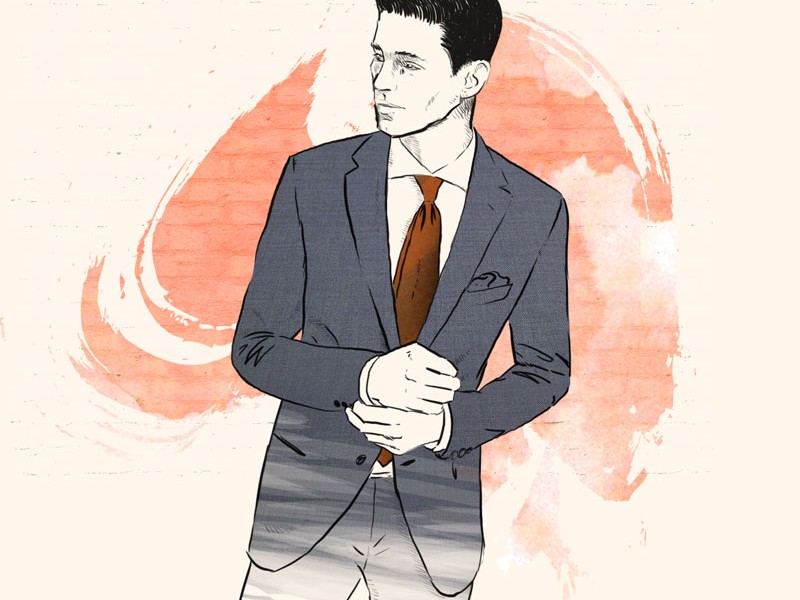 The tie is an accessory that start to spread during the 30 years’ war (1618-1648) thanks to the Croatian sell swords in France, who used to tie foulards to their neck. That tradition became of high interest for the French aristocracy who were highly interested in fashion. The same king Luis XIV used to wear a lace tie since he was seven years old, creating a precedent for all his court. This trend widespread to all the nobles in France and then to all Europe becoming a feature of the 17th century.

With time the tie became more and more similar to the modern foulard or ascot tie, to bowties and really abundant. The world main center for the production of silk fabrics is in the city of Como in the northern part of the country. The silk fabrics is pressed or woven in jacquard from different colors treads. The printed silk fabrics are indicated for the rich colors and the floreal patterns, because with this technic it’s possible to reproduce, in details, particular images. While the woven silk fabrics is used for geometrical or rhythmic designs.